Christianity in the Balkans is linked to nationalism and the preservation of local culture, traditions and Folklore. This is Christianity with unique characteristics that make it different from Christianity in other parts of the world; Bulgarian Orthodox Christianity it is some aspects close in spirit to the mystical teachings of the Gnostics – sects that break out of Christianity, emphasizing unmediated knowledge of God. The traditions of Hesychasm (relaxation – techniques of meditation and breathing like in yoga, which exist within Orthodox Christianity) that developed on Mount Athos found a home in Bulgarian, as did the beliefs of the renegade Christian sects such as the Bogomils. Jesus was seen as an expression of the divine light, the Logos, and not as a flesh and blood man. The emphasis in Bulgarian Christianity is on resurrection and life and not on sin and crucifixion. Man is seen as capable of becoming more than he is, to qualify on a mystical ladder to God, and not as someone who is in a low state and is in need of divine grace. This is called the doctrine “Theosis” – turning man into God.

The Churches that developed in the Balkans – first of all the Bulgarian Church, then the Serbian and Montenegrin Churches, and finally the Macedonian and Albanian Churches – are independent Churches with their own spiritual tradition, language and saints. In addition to them, mystical sects existed in the Balkans, some of which still exist today, where they interpreted the teachings of Jesus in a completely different way. A journey in the Balkans following the local Christian traditions, Christian mysticism and the renegade sects, can shed light on the Christian gospel in a profound and different way.

However, in order to be able to experience these cultural and religious-Christian aspects of the Balkans, we must overcome the perception of Christianity as a superficial and worthless religion based on belief in far-fetched events such as Jesus’ virgin birth and ascension. We must recognize that before us is a religion with a rich, layered culture, which also has an allegorical and mystical interpretation of the Bible, and in the countries we will visit, we must get to know this rich world, in order to derive the full benefit and pleasure from our visit.

we must overcome the tendency to see everything in the same way, as the proverb says: “you’ve seen one Church or Monastery – you’ve seen them all!”. Every country has its own Christianity, its own unique Christian art, its own special Churches and monasteries and its own story.

If we overcome these barriers, we will be able to get a real and deep acquaintance with the Christianity of the Balkans and an opportunity to get the worldview of the inhabitants of the countries we will visit. We will be given the opportunity to become familiar with a rich cultural and spiritual world that will inspire us to continue our life journey in a good way, and we will also be given a better understanding of the Christian religion and its rich and complex symbolism.

But first of all we must understand the background to the rise of Christianity in the Balkans – which is the existence of the Roman Empire, which brought a period of prosperity and peace to the Region.

The route following Christian Bulgaria includes a visit to various sites established over a period of nearly 2,000 years, starting from the Roman occupation to the end of the Ottoman occupation and the liberation of Bulgaria. At the center of this period is the story of the formation of the Bulgarian nation and its consolidation, related to its acceptance of Christianity by it. This move resulted in the development and existence of the first and second Bulgarian empires. 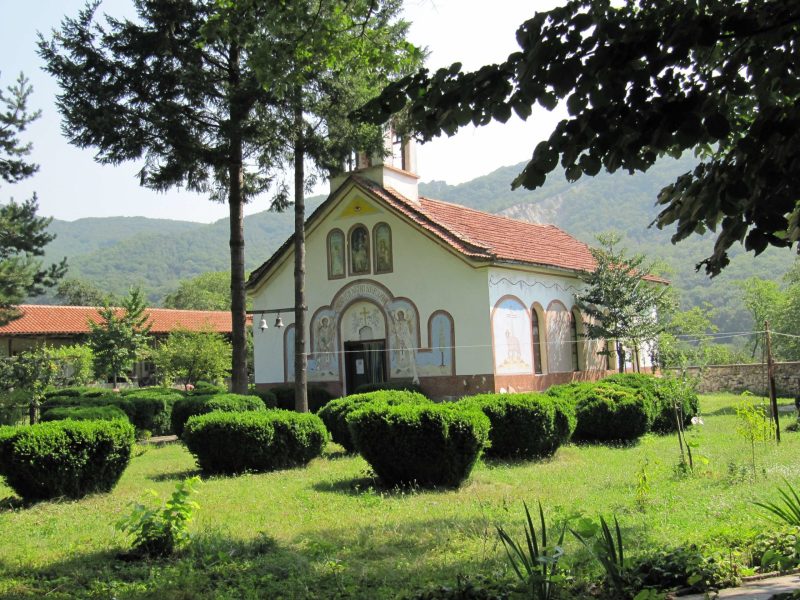 The general introductory articles will deal with all these issues. see:

The route I propose discovers Christian Bulgaria and includes a visit to sites related to a long period of time of nearly 2,000 years, starting with Roman sites from the 1st century BC, to sites related to the struggle of the Bulgarians for independence at the end of the 19th century. Most of the sites are related to the appearance of Christianity in Bulgaria and its development during the time of the First Bulgarian Empire, the Second Bulgarian Empire, and the Ottoman occupation, but I chose to include the sites from the Roman period as well, because Jesus appeared in the time of Rome, against the background of its materialism, and the Byzantine Empire that influenced Bulgaria so much is actually a continuation of the Roman Empire.

The Bulgarian people are one of the oldest peoples in Europe, with a cultural continuity of 1,300 years, starting with the establishment of the first Bulgarian empire at the end of the 7th century AD and up to the present day. There are not many other nations that were formed at such an early age and preserved their national tradition, their language and religion for so many years. This was made possible largely by the efforts of the Bulgarian Church, which kept the national identification and culture of the Bulgarians alive during the long dark years.

The Ottoman occupation of Bulgaria at the end of the 14th century resulted in the destruction of the local aristocracy and the destruction of the cities and Fortresses, and did not allow the development of a Christian urban culture as was possible in Europe. This is the reason why we cannot travel in Bulgaria as we travel in Italy, England and France, where you can enjoy the medieval cities, which have remained as they are. At the same time, there is much to see in Bulgaria!

The Christian Bulgaria route offers a visit to impressive historical sites, remains of large cities, cathedrals and Fortresses, exposes us to past kingdoms that reached a high level of art and architecture, and introduces us to the special Christianity of the Orthodox stream in general and in Bulgaria in particular.

In Bulgaria there are about 160 monasteries and many more Churches. Some of them are very impressive and ancient. The Christian Bulgaria route begins at the most important Monastery – Rila, which is hidden in a beautiful valley in the Rila Mountains. On the other side of the Mountains is the town of Samokov, the Churches of Tsari Mali Grad and the Trajan Fortress, which are important to Bulgarian history, an interesting place is the village of Raduil with its unique chapels. Other sites in the Mountains are the Seven Lakes and the Musala Mountain, which you can read about on the Ancient Civilizations route.

From the Rila Mountains the route continues to the Balkan Mountains and visits the towns at their feet, including the monasteries in the Iskar gorge, the Troyan Monastery, which is the third largest in Bulgaria, and the Dryanovo Monastery which has a umportant prehistoric cave nearby.

After that, the route will take us to the important historical places north of the Balkan Mountains, and first and foremost – Veliko Tarnovo. It is an impressive Fortress City that was the capital of Bulgaria during the Second Kingdom. North of Veliko Tarnovo is the Lum River valley, which was another center of the second Bulgarian empire, in it there is an area of impressive rock-hewn monasteries and ancient Fortresses. On the banks of the Danube itself are important Roman remains.

In the center of the Balkan Mountains, south of the Mountain range, are the towns of Karlovo and Kalofer, which were the focus of the rebellion against the Ottomans, in the east of the Balkan Mountains one finds the most important sites of the first Bulgarian Empire, the cities of Pliska and Prelsav, which were the capitals of the empire and are now archaeological sites, the Rider of Madara, Osmar, Shuman, and more.

The route heads south to the Thracian plain and includes the most important and beautiful sites from the Roman period, the cities of Hisar, Stara Zagora and Plovdiv – Rome of the Balkans. From there we continue to the Rhodope Mountains and the important Monastery of Bachkovo, the Fortress of Asenovgrad, and to the new and popular pilgrimage site called the Cross Forest.

From the Rhodope Mountains we will continue to the south-western region of Bulgaria, the Pirin Mountains and the towns of Bansko, Gotse Delchev and the surroundings, Melnik and the Rozhen Monastery, and the mystical site of Rupita that was built by Baba Vanga. We will finish the tour in the holy Mountain Vitosha and the Churches of Sofia.

The detailed articles will tell you about these Sites. See: